I’m in the process of writing an article about Dark Waters, a movie that really – really – struck home with me last month. For a lot of reasons, all of which will be discussed in the piece.

I was talking about all this with a friend last week when this – probably inevitably – popped up: Dark Waters was infuriating, moving, and a terrific legal thriller: where does it rank with other ‘law’ movies?

The rules: the movie has to be centered around the law; it can’t be a biopic; it can’t be a “lawyer-in-peril” movie. You know the type, the thriller where the brave/disillusioned/besieged attorney is being stalked/hunted/accused/set-up.

That eliminated The Firm, Michael Clayton, The Lincoln Lawyer, The Pelican Brief, and a slew of others.

To Kill a Mockingbird . . . It’s a federal law that Mockingbird be included on all best legal movies lists.

A Civil Action . . . Faithful adaptation of the book; a solid look at some of the realities of law practice . . . “If you fall asleep during trial, when you wake up, object.”

The Verdict . . . “Your honor, with all due respect: if you’re going to try my case for me, I wish you wouldn’t lose it.”

My Cousin Vinnie . . . A great primer on civil procedure. Plus: “What’s a yute?” Inherit the Wind . . . Mesmerizing right down to Gene Kelly as H.L. Mencken.

Chicago . . . Gimme some of that old razzle dazzle.

A Man for All Seasons . . . The law is everything.

Anatomy of a Murder . . . A few of the brutal realities of solo law practice. 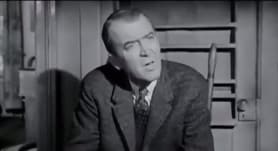 Close, but not quite: Paper Chase; Young Mr. Lincoln; In the Name of the Father; Legally Blond; Judgment at Nuremberg; Compulsion.